As the swimming events at this year’s Olympic Games come to an end tonight, the world’s eyes are on swimmer Michael Phelps…including mine. As an orthodontist, I can’t help but look at people’s teeth. You know, like how Tom Cruise’s upper midline nearly lines up with his left nostril, or how Jewel’s upper right canine sticks out. It’s all just interesting for me to look at and evaluate.

So, when Michael Phelps wins yet another very deserved gold medal and takes that podium, I stare in amazement at the structure of his mouth and the position of his teeth. I can’t help it! It makes me wonder if his career in swimming has resulted in this facial structure, or if the facial structure has allowed him to be the world class swimmer that he is.

Let me explain… Michael Phelps is a mouth-breather and has what we call “mouth breather facies”. The characteristics; long face, open-mouth position, over developed muscles around his mouth, upper front teeth that don’t overlap the lower front teeth (an open-bite), a narrow upper jaw, and swallowing and speech patterns that include a tongue-thrust. Granted, there are genetics at play here, but form follows 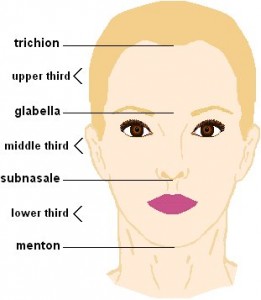 function according to the functional matrix theory proposed by Dr. Melvin Moss a half a century ago.

I talked about mouth breathing and the effect it has on growth and development of the width of the upper jaw in the last blog. In general, this long-term open position of the lower jaw, allows the sides of the upper jaw to collapse because the tongue, which “lives” connected to the lower jaw, is not sitting against the roof of the mouth developing width. In addition to a loss in the width of the upper jaw, we often find that the upper jaw begins to grow vertically at a faster rate than it would otherwise. Again, this is because of the position of the lower jaw. When the mouth is held open, there is no force from the lower jaw pushing against the upper jaw. This allows unfettered growth of the bone and the teeth towards lower jaw, which is held in an open position. After all, the function of teeth is to chew, and teeth will always attempt to grow towards each other in order to maintain chewing contact. What becomes apparent is a very “gummy” smile.

Lastly, mouth breathers tend to have a very long lower facial height. This is evaluated by dividing the face into the facial thirds. The upper third is defined as the measurement from the hairline (trichion) to the point on the forehead between the eyebrows (glabella) ; the middle third is from glabella to the point where the nose attaches just above the upper lip (subnasale); and the lower third from subnasale to the bottom of the chin. These distances should all be about the same in a “normal” facial pattern. A long lower facial height results from a combination of the mouth remaining open and the upper jaw, especially in the molar area, growing downward. As the teeth make contact with the jaw in this position, the direction of growth of the lower jaw is directed more vertically than horizontally. For example, take a look at Arnold Shwarzenegger’s jaw line compared to Phelps’. More force of the lower jaw against the upper jaw results in a shorter lower facial height and a more horizontal direction of growth.

So, back to my wonder and amazement… as an orthodontist, I wonder if Phelps’ is such a great swimmer because his facial pattern allows him to be so efficient at breathing through his mouth, or if his years and years of training and breathing through his mouth have created the facial pattern! Orthodontists can influence this pattern in a growing child- we do it all day long. And so, I wonder if Phelps’ little baby boy will have the same facial pattern, and whether he will be an Olympic swimmer in the future. In the meantime, I’ll continue to cheer Phelps on as he goes for his final gold! Go Team USA!

Comments Off on Are Mouthbreathers Better Swimmers?

Sorry, the comment form is closed at this time.